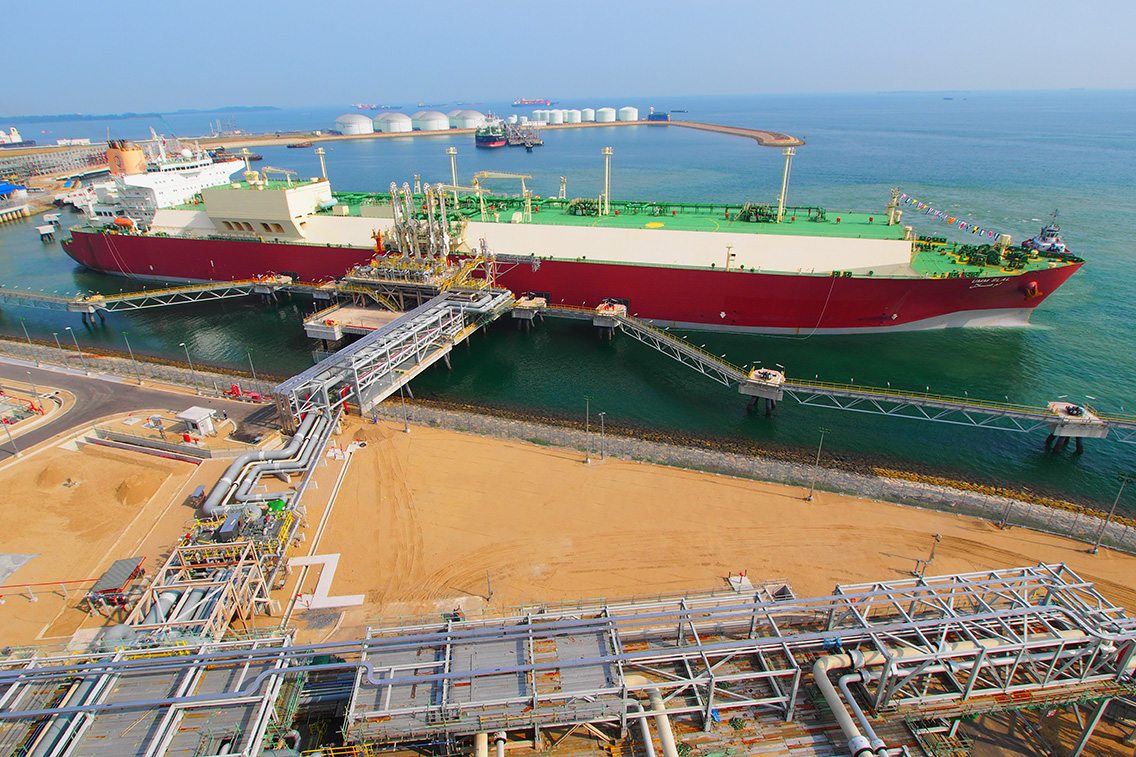 This LNG cargo is one of a number of cargoes that will be used to cool down and commission Singapore’s new LNG Terminal, getting it ready for full and continuous operations by the second quarter of 2013, as according to plan. Once fully commissioned, the Terminal will open for business and SLNG’s primary focus will initially be on servicing the needs of the Aggregator and its customers by receiving, storing and sending-out LNG for the domestic market. As Singapore’s LNG market grows and develops, SLNG will move in tandem, with additional capacity already committed, to explore new business opportunities and pursue its goal of becoming a regional LNG trading hub.

Since early this year, SLNG has held discussions with more than 10 potential LNG suppliers from around the world. Ultimately, the decision was made to purchase the cargo from Qatargas because they offered the most competitive terms overall. The cargo is expected to arrive in Singapore from Qatar in the first quarter of 2013 and will be delivered on board either a Q-Flex or a Q-Max LNG vessel, which are the two largest LNG vessels in the world. The cargo will be progressively transferred to the Terminal’s storage facilities during the initial cool down process.

“The purchase of LNG from Qatargas is a significant milestone not only because it is Singapore’s first LNG shipment, but also because it affirms that Singapore has the capability to import LNG from anywhere around the world,” said Mr Neil McGregor, Chief Executive Officer of SLNG. “This opens up future supply options that were not previously available to Singapore, and is a great boost to its efforts to ensure energy security. Once the new LNG Terminal is commissioned and further developments are progressively added, Singapore will move closer to its aim of becoming an LNG Hub in the Region, adding depth to the Nation’s already well established energy sector.”

Mr Khalid Bin Khalifa Al-Thani, Qatargas Chief Executive Officer said, “Qatari LNG continues to have a key role to play in helping countries around the world improve the diversity of their energy supplies. We are pleased with this development which will help to meet the growing demand for energy in Singapore and help us build our relationship with a new customer. Qatargas is at the forefront of commissioning new LNG Terminals and is confident of its continuing ability to maintain safe, long-term reliable supplies of clean LNG energy to countries where it is needed the most.”

Update on Construction of LNG Terminal

The construction of the LNG Terminal is proceeding according to schedule. Commissioning of all systems started in October and will continue through to Q2 of next year. The project is more than 95% completed and is on track to begin commercial operations in Q2 of 2013. The project has also maintained an impressive world-class safety record, recently achieving 10 million man-hours without any Lost Time Injury (LTI) or serious injury.

Singapore LNG Corporation Pte Ltd (SLNG) was incorporated by the Energy Market Authority in June 2009 to develop, build, own and operate Singapore’s first open access, multi-user LNG (Liquefied Natural Gas) Terminal on Jurong Island. Targeted to be operational in the second quarter of 2013, SLNG’s core business will include LNG terminalling, storage, throughput, reloading and vessel cool down services. Beyond these, SLNG will continuously explore new LNG business opportunities as it pursues its vision to become the Gateway for LNG in Asia, and establish Singapore as the LNG Hub for the region.

Qatargas was established in 1984, and pioneered the Liquefied Natural Gas (LNG) industry in Qatar. Today, Qatargas, under the guidance of His Excellency Dr. Mohammed Bin Saleh Al Sada, Minister of Energy & Industry of the State of Qatar and Chairman of the Board of Directors at Qatargas, is the largest LNG producing company in the world, with an annual LNG production capacity of 42 million tonnes per annum (MTA) and is realising its vision to deliver LNG to its customers around the globe, from its world-class facilities in Qatar. Qatargas’ Ras Laffan Terminal Operations team operates all the oil products Tank Farms and related Marine Terminals at Ras Laffan Industrial City in Qatar. Ras Laffan is the largest LNG and oil products Export Terminal in the world.