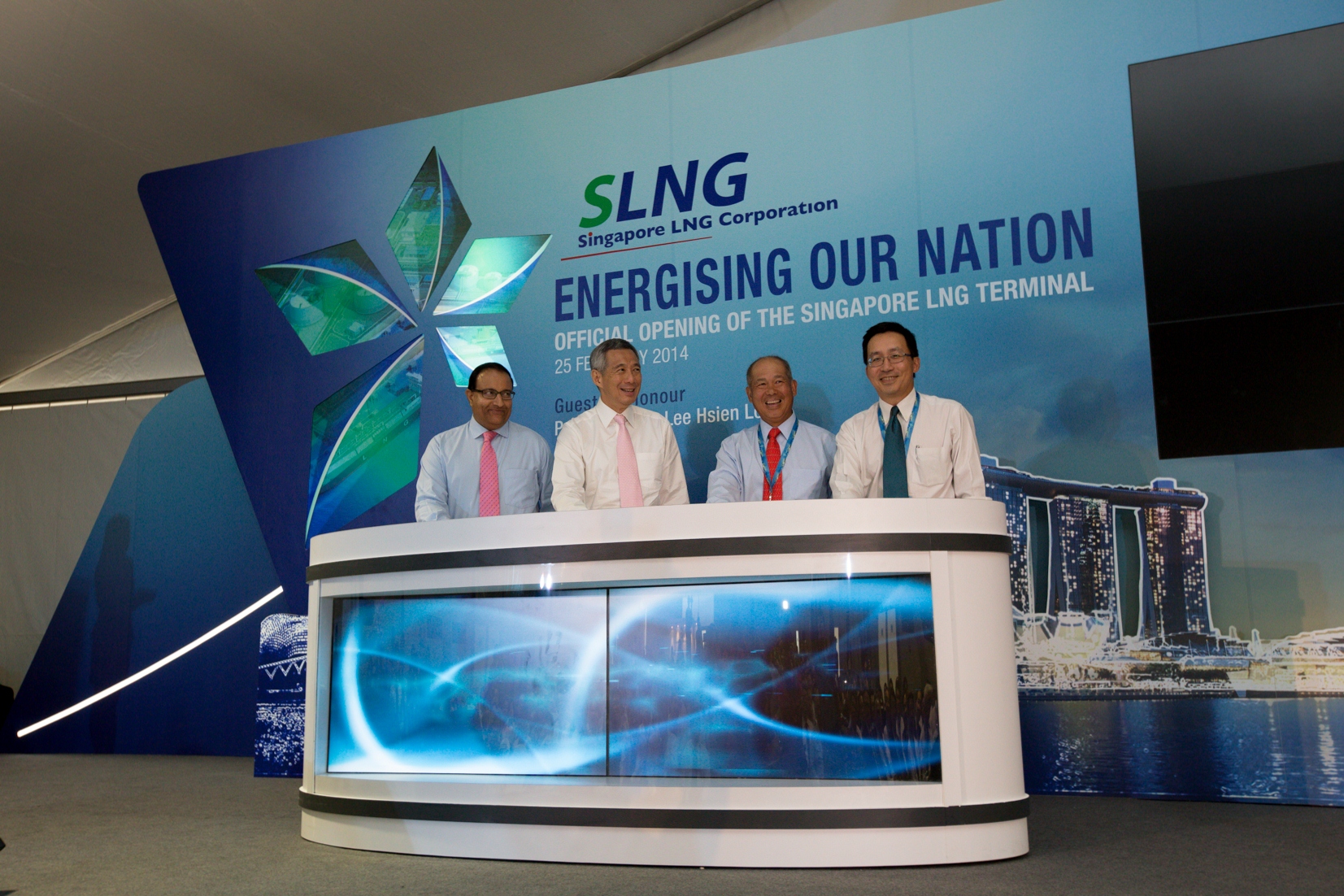 The S$1.7 billion Terminal, which commenced operations on 7 May 2013, is owned and operated by Singapore LNG Corporation Pte Ltd (SLNG). It is a critical infrastructure that allows Singapore to import natural gas from around the world, thereby ensuring the security of supply sources to meet Singapore’s current and future energy demand. In 2013, more than 90% of the electricity in Singapore was generated using natural gas.

To date, some 18 LNG vessels have called at the Terminal, delivering more than 56 million MMBTUs (Million British Thermal Units), or about 1.08 million metric tonnes, of LNG to Singapore. The LNG, from BG Group’s portfolio, has been supplied from a number of sources including Equatorial Guinea, and Trinidad and Tobago.

The facility, which is designed to serve multiple terminal users, has the potential to support the growth of Singapore’s LNG sector, and the development of Singapore as an LNG hub for the region. It will help to catalyse LNG-related business opportunities and create new jobs in the energy sector. These include LNG trading, bunkering and vessel cool-down services.

Mr John Ng, Chief Executive Officer of SLNG, said, “SLNG is proud to be given the responsibility of managing and operating such an important national infrastructure. We will focus our efforts to ensure that our facilities are designed, our plants are operated and our staff are trained to deliver the highest reliability and availability in sending out natural gas to the nation’s gas pipelines. I would like to thank our main stakeholders, the Ministry of Trade and Industry and the Energy Market Authority, for their tremendous support and guidance since the inception of the project; as well as our EPC contractor, Samsung C&T, for helping make this Terminal a reality.”

The Singapore LNG Terminal began operations in May 2013 with two storage tanks and an initial throughput capacity of 3.5 million tonnes per annum (Mtpa). The third tank and additional regasification facilities have been completed and are now operational, increasing the throughput capacity of the Terminal to 6 Mtpa. The Secondary Jetty is expected to be completed by the end of March 2014.

Plans are underway for the next phase of expansion of the Terminal, termed “Phase 3”, which will see the addition of a fourth tank and more facilities to bring the Terminal’s throughput capacity to at least 9 Mtpa. SLNG has started the tender process to select a suitably qualified contractor and the final investment decision, including the award of the Engineering, Procurement and Construction (EPC) contract, is expected in the second quarter of 2014.

Singapore LNG Corporation Pte Ltd was incorporated by the Energy Market Authority in June 2009 to develop, build, own and operate Singapore’s first LNG Terminal on Jurong Island. The Terminal began commercial operations on 7 May 2013, and its core businesses include LNG terminalling, storage, regasification and send out services, as well as vessel cool-down services. Beyond these, SLNG will continuously explore new LNG business opportunities as it pursues its vision to become the Gateway for LNG in Asia, and establish Singapore as the LNG Hub for the region.

Interesting Facts and Figures about the LNG Terminal

On 21 January 2011, SLNG announced the award of the contract for the EPC of the third LNG storage tank to Samsung. The third 180,000 cubic metre (m3) LNG tank, in addition to the two similar-sized tanks that were being built, would increase the terminal’s storage capacity to handle up to 6 Mtpa of throughput. This addition gives Singapore greater flexibility not just to meet its future gas needs, but also to pursue new business opportunities in the LNG market.

On 4 August 2011, SLNG announced the award of the EPC contract for the Secondary Berth Project to Samsung. The project, which forms part of the S$1.7 billion overall Singapore LNG terminal project cost, comprises a secondary jetty designed to berth LNG ships with a cargo capacity ranging from 60,000m3 to 265,000m3, and a tertiary jetty marine sub-structure designed for the future berthing of smaller LNG ships and barges with cargo capacity ranging from 10,000m3 to 40,000m3. The Secondary Berth Project will give added flexibility and value to the range of LNG terminal services that SLNG can offer its customers in Singapore and regionally.

On 24 October 2012, Mr S Iswaran, Minister in Prime Minister’s Office and Second Minister for Home Affairs & Trade and Industry, announced the plan to build a fourth LNG tank and associated facilities to boost the capacity of the LNG terminal to at least 9 Mtpa. This is to ensure that the infrastructure can cater to Singapore’s future energy needs.

On 29 October 2012, the Front End Engineering Design (FEED) project to define the scope of the expansion of the LNG Terminal’s send-out and storage capacities, kicked off. The expansion plans include the installation of additional facilities to increase the Terminal’s capacity to at least 9 Mtpa and the construction of a fourth tank.